La Crosse MTU was in need of a more user-friendly map showing all of their transit routes, along with more clear and easy-to-use timetables. The new map was designed with detailed streets and landmarks based on a GIS map provided by the La Crosse Area Planning Committee. This GIS map provided much of the detail needed such as bus stop locations, but not in a format that was easy to read. A design process that focused on creating a visual hierarchy – or a visual "weighting" of all the different pieces of information shown – resulted in a clear map with a lot of information that looks remarkably simple. The user can easily find locations and destinations, thanks to a detailed basemap containing familiar context; then can find bus routes, bus stops, and schedule "timepoints" that correlate to the timetables on the opposite side of the piece.

Much effort was put into creating timetables that are easy to read and understand, and that correlate easily to the map. A clear, easy-to-use design was achieved by creating a simple hierarchy of information in which the user can first easily find the correct timetable, then the correct day of the week, then the direction of travel, then their specific locations along the route, and the correlating schedule times for those points. The importance of this clear hierarchy in timetable design cannot be overstated – well-designed timetables simply work, and poorly designed timetables lacking hierarchy are endlessly frustrating to a potential rider.

In addition to producing the map in printed format, a digital version was produced that allows easy zooming and panning, allowing MTU customers to access the map and schedule via MTU's website. 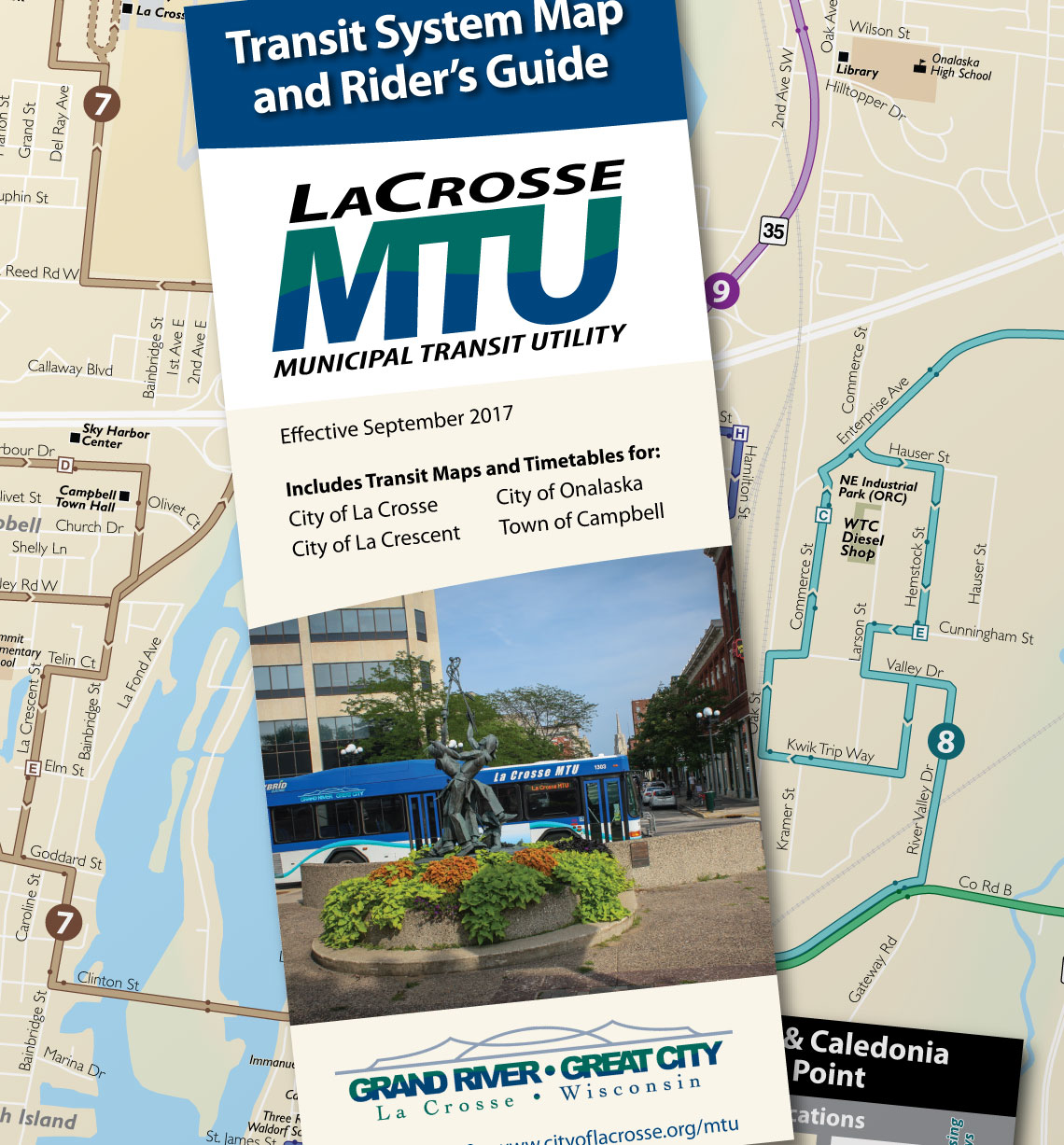 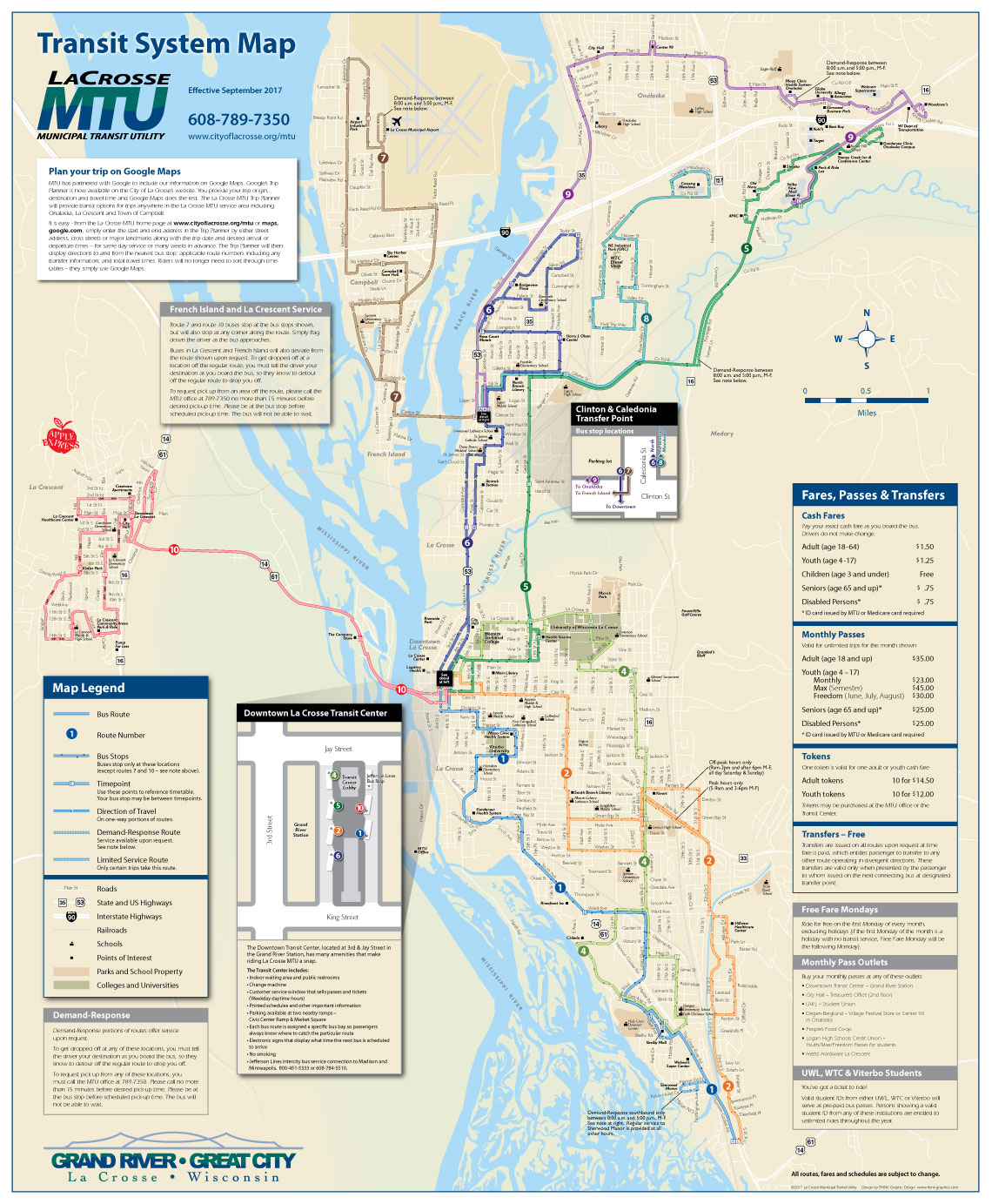 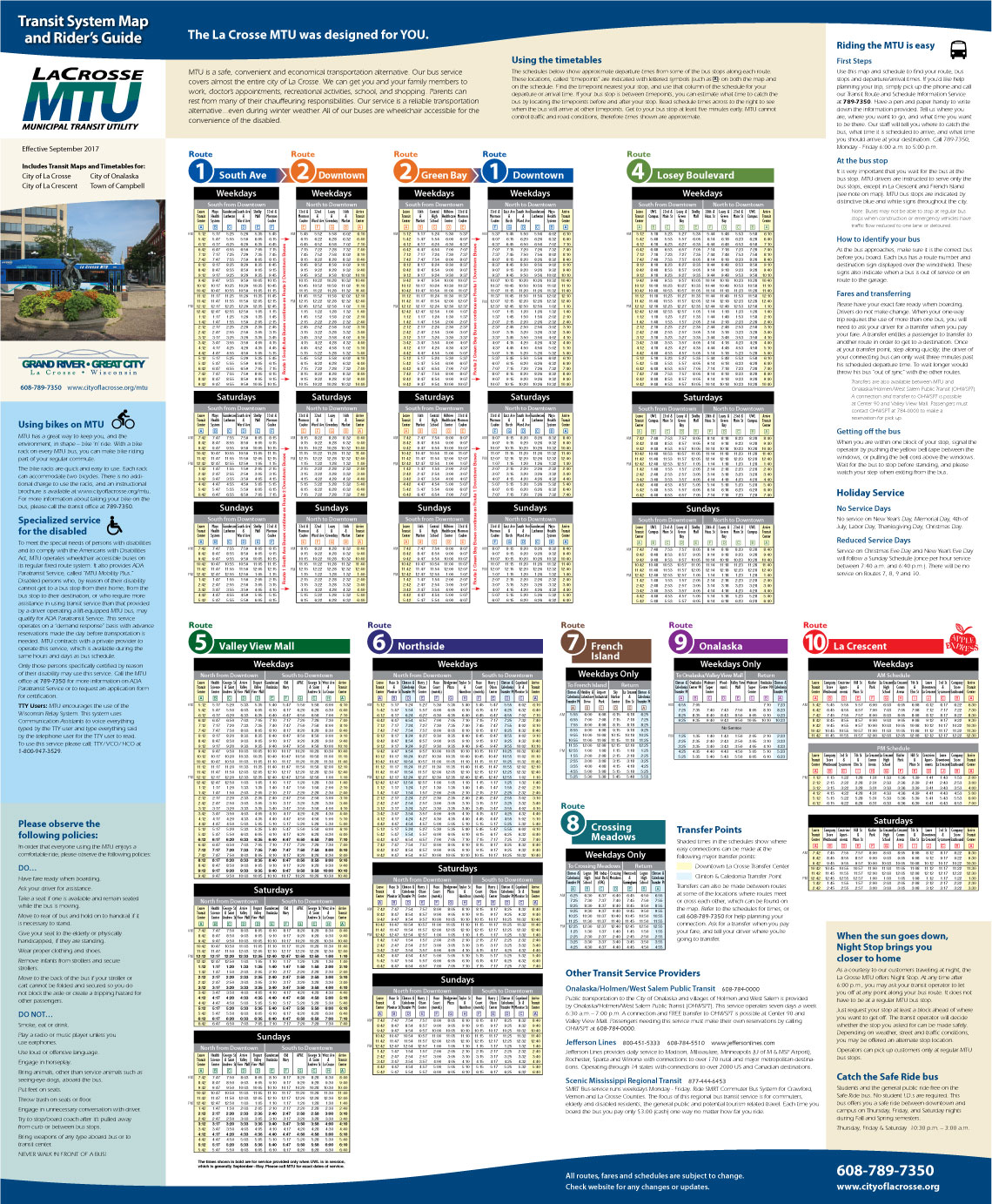 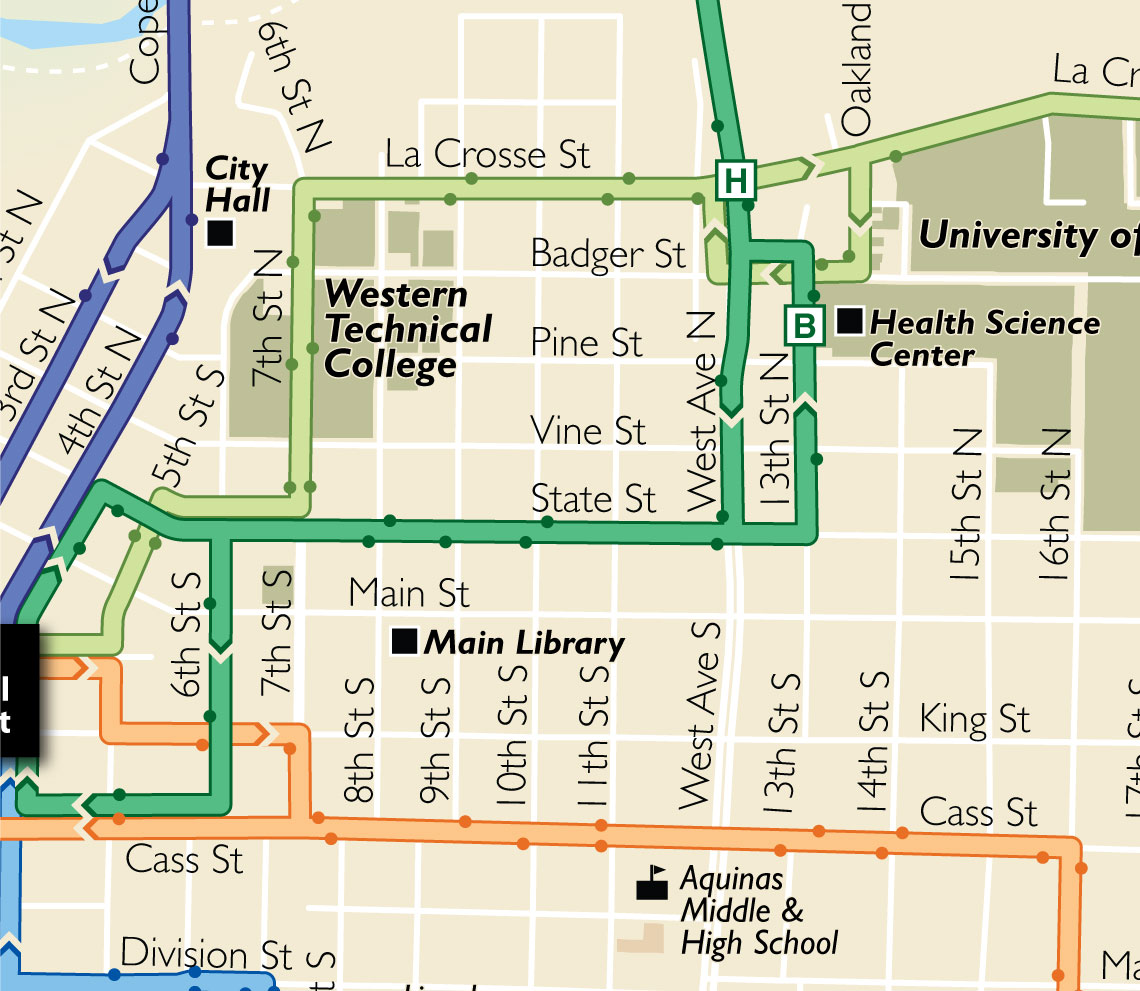 The system map and schedules were also integrated into custom posters for kiosks at bus platforms and within the downtown transit center: 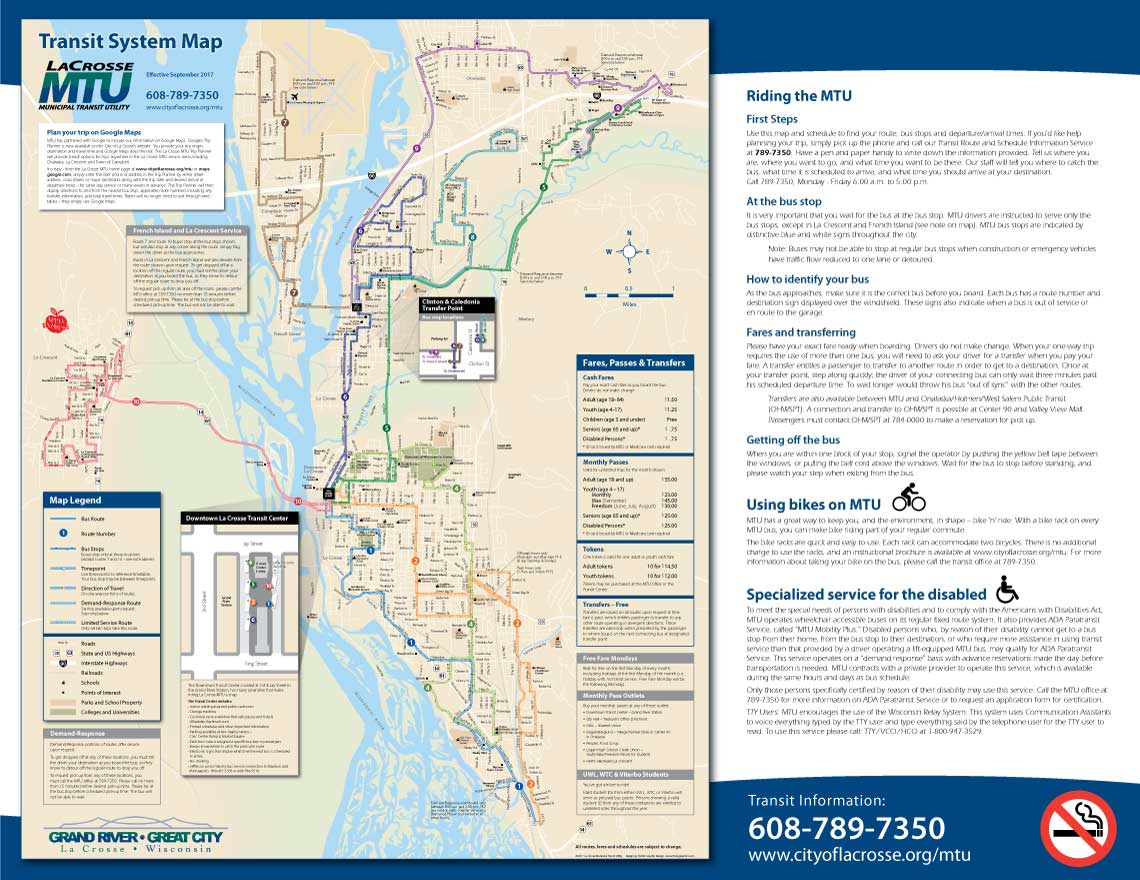 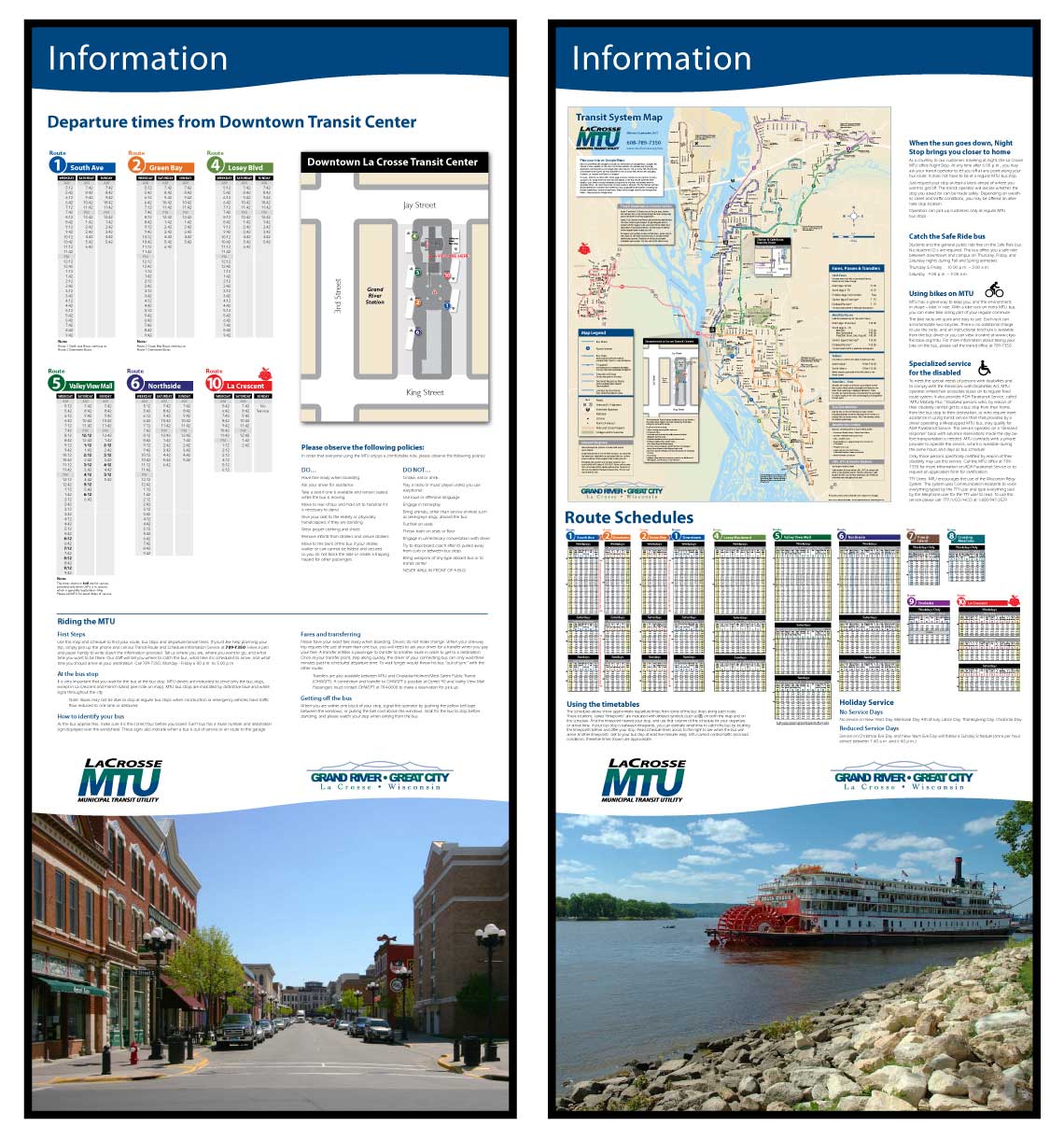 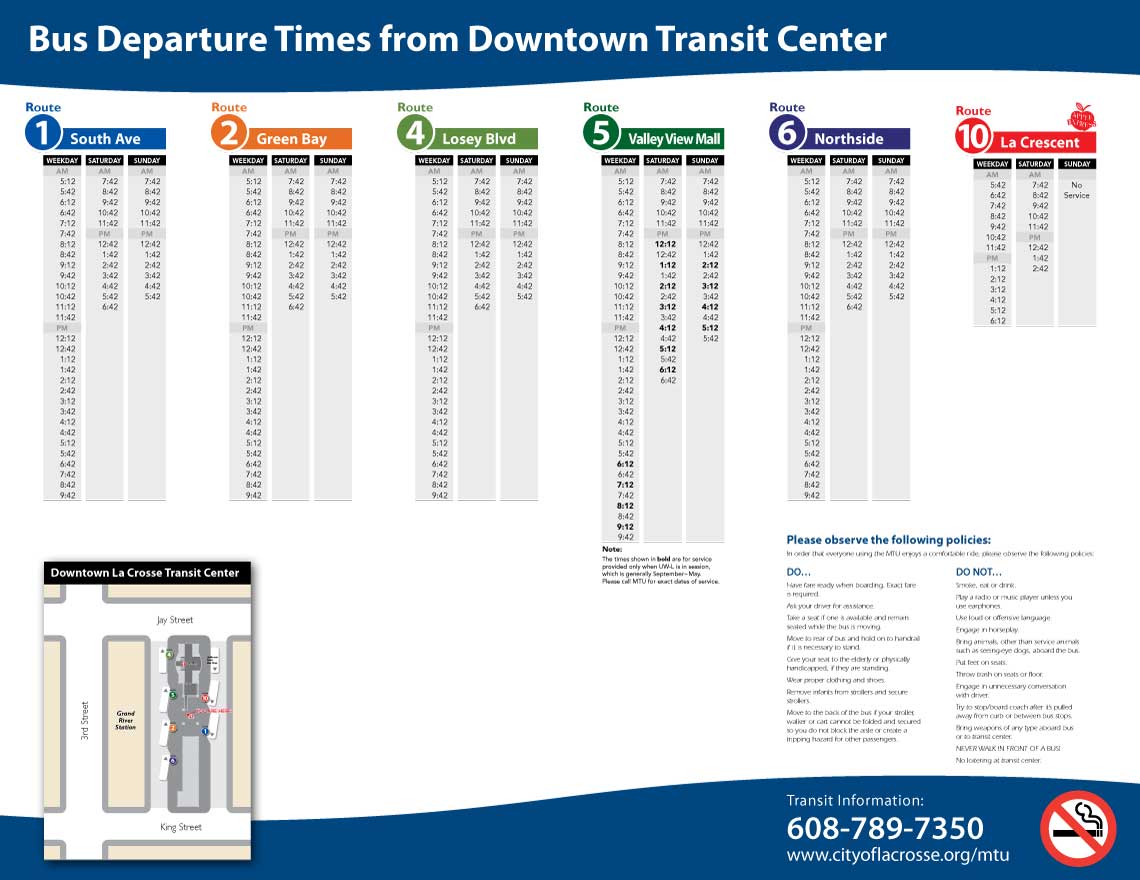